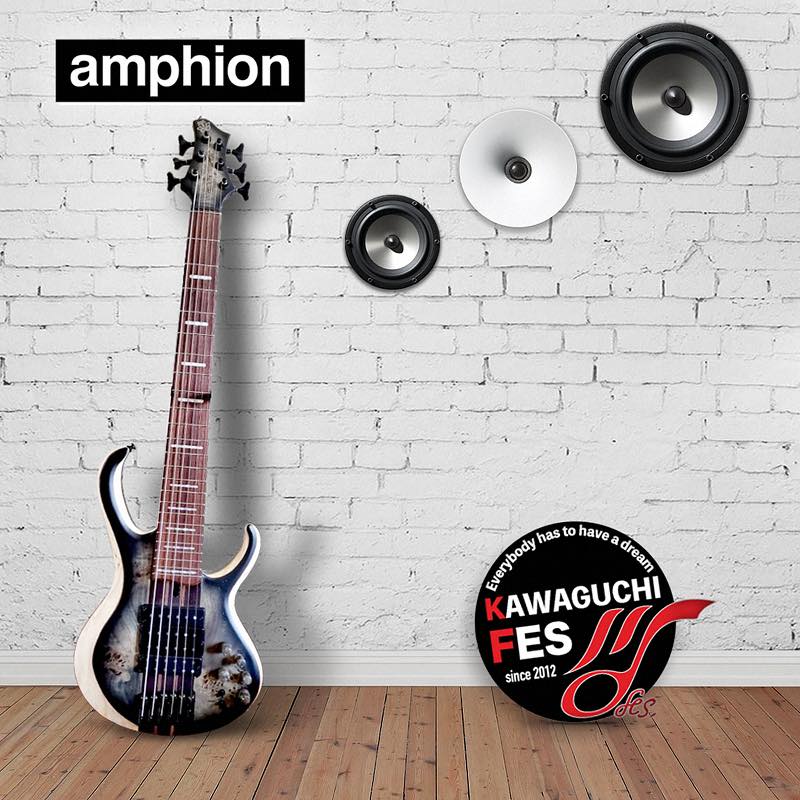 On the 16th of September 2019 – part of the Kawaguchi Jazz Festival – was a day full of superlatives ! Presented at the very beautiful Lilia Concert Hall, by virtuosic artists from New York, New Jersey, New Orleans + Tokyo, the audience were totally mesmerised by the sheer power of the entertainment. Amphion was proud to produce this event to show our support and commitment to music and musicians. The caliber of the performers was sensational, and we thank the members of both the Philip Woo Band (“East” 東) and Ty Stephens & the SoulJaazz (“West” 西) for this epic 2-Show performance !

[C] A consummate multi-talented entertainer and performer, Ty Stephens, born and raised in Philadelphia, is an award-winning singer/songwriter and recording artist. He has performed around the world, gaining an international audience with a cool, urban-tinged adult-contemporary sound, based on jazz, funk and R&B. He has appeared on Broadway and Off-Broadway, and has recorded with industry legends Harry Belafonte, Peggi Lee, dance music icon Dan Hartmann, disco pioneer Nile Rogers, master drummer Baba Olatunji, renowned trumpeter Chuck Mangione, among others.

[R] Raised in a musical family, New Orleans based singer-songwriter-bassist Roland Guerin draws from a wide spectrum of genres, including American folk, blues, zydeco, rock and jazz. Over the course of his career, Guerin has toured and performed with numerous legendary musicians, such as George Benson, Jimmy Scott, Frank Morgan, Vernel Fournier, Gerry Mulligan, Allen Toussaint, John Scofield, Mark Whitfield, Ellis Marsalis, and Marcus Roberts. Guerin joined the Allen Toussaint Band in 2009, touring and performing with Toussaint until his passing in 2015. Later on, he became a music director for the Dr John Band.

[L] Richard A. Cummings is a graduate of the Juilliard Preparatory School of Music where he studied piano under the steadfast Russian pianist, Anna Shenderoff. In addition to the study of western European classics, he also became well versed in the many other ethnic musical forms into which he found himself daily immersed: Jazz of the 50’s and 60’s, Rhythm & Blues and Soul music, inspirational church choirs, and the rhythms of the Caribbean Islands, Cuba, and South America. His talents have been visited upon such luminary artists as: Noel Pointer, Jon Lucien, Harry Belafonte, Letta Mbulu, Dianne Reeves, Hugh Masekela, Wayne Shorter, Zubin Mehta, George C. Wolfe, Melvin Van Peebles, and a host of other performers.

[R] Robert Rt Taylor is a truly gifted guitarist and songwriter from New Jersey, USA. He is also a bassist, vocalist, studio musician, and has recorded with Neyo, The Temptations, Janet Jackson, Rihanna, Beyoncé, LL Cool J, Ty Stephens, Jennifer Hudson, K. Michelle and many, many others.

[L] Guest Appearance by Singer/Songwriter Shanti Snyder – backed by the Philip Woo Band. Shanti has charted at #1 in the Japan with her most recent hit being a collaboration with Amphion.

[R] Ashton Moore – Born and raised in Detroit USA, Ashton gained a healthy respect for traditional musicianship. Currently based in Japan, Ashton carries his passion for music with him. He performs regularly at prestigious venues such as the Body & Soul jazz club, The Ritz-Carlton, Tokyo, as well as International jazz festivals throughout Asia. In addition to being a singing-educator, Ashton is a professional recording artist and choir conductor.

[L] Hank Nishiyama – Originally from Akita, Japan but based for many years now in Tokyo, Hank is one of Japan’s live/studio super-guitarists in Blues, Soul, Jazz, and Funk.

[R] Gerald Painia is a veteran drummer much in demand in studios and on stage, singer/songwriter. Originally from the USA, he calls Tokyo home.

With thanks to Ken Ito and the Kawaguchi Festival Committee 2019, the fabulous MCs – StuartO and Michiyo Kitagawa, Nick Clegg – SoundFactory, Producer’s Assistant Ayumi Kikuchi, and the staff and audience of Lilia Hall.