Best of both worlds’ solution boasts improved power and performance in a flexible, more cost-effective package 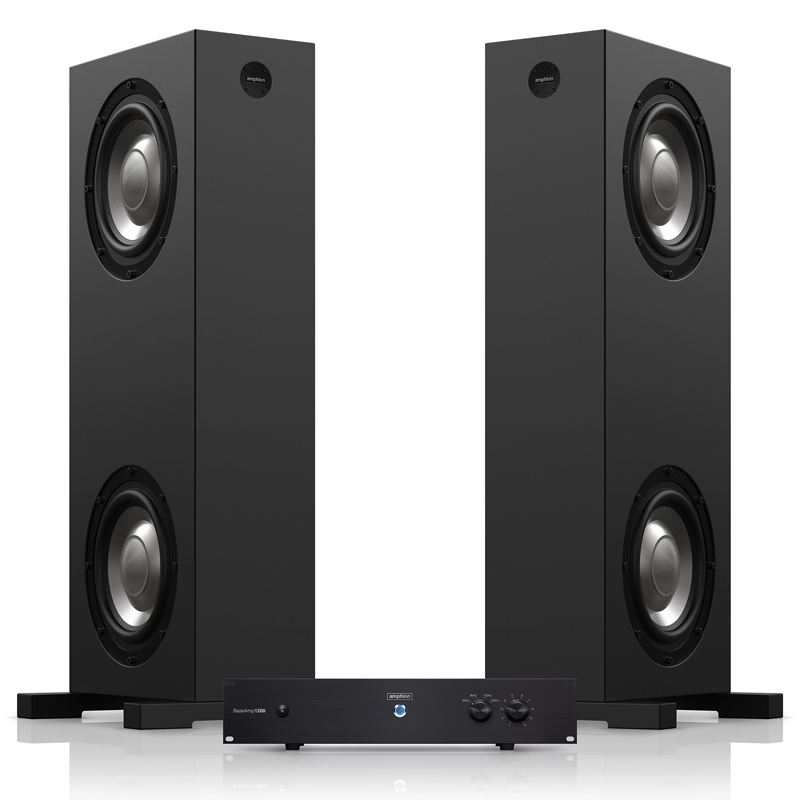 Kuopio, Finland – Amphion has announced a long-waited upgrade to their BaseTwo25 low-frequency extension system. The new version of BaseTwo25 combines the best attributes of Amphion’s previous Base extender packages into a single product. BaseTwo25 gives users the ability to transform their connected 2-way monitor systems into seamless full range 3-way system, increasing the headroom, midrange detail and resolution while providing clarity and insight in the lower octaves. Performance and flexibility of the system is further increased by adding some upgraded features. The new version of BaseTwo25 is available and shipping now.

Familiar, yet forward-thinking
In keeping with previous systems, BaseTwo25 has the same familiar feel and operation, but with added features for extra control and flexibility. The upgraded BaseTwo25 combines the double-sided extenders from the previous flagship system with a new BaseAmp1200. The 2U sized BaseAmp1200 houses the crossover electronics with a powerful amplifier (2 x 700 watts) for superior control, speed and headroom. As a new feature the system allows using four different crossover settings (40hz, 60hz, 80hz, 100hz) to achieve the best possible integration for various monitor and placement combinations. The bypass option of the new BaseAmp1200 can be operated with a button on the front panel or a footswitch which allows using monitors independently, or as part of the full range system. This flexibility is highly useful for wide range of sound making tasks from music to post-production.

For maximum precision and power, each extender is equipped with two 10” back-to-back woofers. The force cancelling woofers, which are assisted by matching passive radiators, contribute to maximum impact and clarity. BaseTwo25 loads the room evenly, which makes it suitable even for smaller rooms. With previous models the Base extenders always needed to be placed under the monitors as stands. Now the selectable crossover provides integration even when extenders are placed behind a large format console, while keeping the monitors on the meter bridge. BaseTwo25 works with all Amphion products, as well as with monitors that have sufficient speed and resolution in the critical upper-bass/lower-mid frequencies.

“The idea behind the BaseTwo25 upgrade was to bring the breathtaking performance of the flagship system without any sonic compromises” explained Amphion Founder and CEO Anssi Hyvönen. “We managed to create a system which is powerful yet flexible with a lower price point. We are extremely proud on how the product turned out and we are excited to finally show the BaseTwo25 around to our existing and future customers.”

For more information about the new version of BaseTwo25, click here