A selection of Amphion units were included in the 5.1 studio in this fabulous new digital era facility. 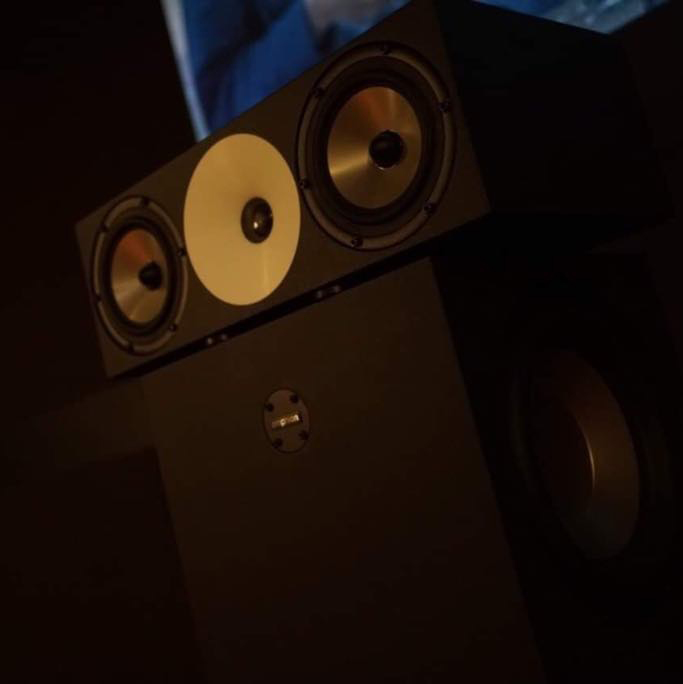 “Asia DreamWorks” is the new world! With the advent of the digital media era, Shih Hsin University has continued to actively and comprehensively develop “all-media education”, which lasted for three years and was “spreading through the various schools and serving the teachers and students of the whole school”. The aim is to officially launch the Omni Media Center in 2019, hoping to provide a digital integration environment that motivates students to learn and connect with industry-leading technology. Through cross-sectoral and cross-industry cooperation, and the cooperation between Shih Hsin University and CNN, we will create a new generation of international media talents for the industry. The press conference specially invited Glassbox Technologies, a technical cooperation team of the famous movie “Avatar”, to cooperate to showcase the latest technologies of dynamic capture and virtual photography. It also hopes that through the cooperation with Glassbox in the future, Shih Hsin University will promote the whole media education. The steps are on the next level.

The “All Media Building” is the only building in the country’s public and private universities that has the most advanced equipment in sync with the industry. The all-media center is divided into eight-story and two-story underground buildings. Each floor has a corresponding curriculum, and a large number of students and alumni’s works are broadcasted in order to promote the multi-media development of the whole school. Continue to create diversified audio and video works. As soon as you walk into the hall of the all-media building, the low-key wooden style is decorated with a 180-degree panoramic screen, playing the all-media center and the students’ audio-visual works. In addition, the interactive interactive video wall allows viewers to freely choose to watch. Video. Arriving on the 2nd floor, the fascinating 4D test studio is built in theatre style, and the comfortable seat on the flat can feel the 4D simulation experience of smoke, storm and flash, foam, etc., so that the viewers are in the movie scene.

Shih Hsin University, which started from the news and cultivated countless journalism talents, especially built the “Composite Media News Teaching Zone” on the 3rd floor of the Omni Media Center to exceed the specifications of the editorial office of the industry. It has a professional anchor station, real scene and virtual anchor shed, becoming journalism. The best learning space for students who are interested in online media. In recent years, Youtuber and the live broadcast industry have emerged. Many of the new university alumni have become the leader in this field because of their ability to spread. The 4th floor of the Omni Media Center is designed as a “live streaming area” to create different styles of live space for students. We can open lively talk shows, and in the future we will invite net red alumni to return to their alma mater Shih Hsin University to record the show.

Shih Hsin University has a popular music research and development center. In addition to guiding students in music majors, it can also be combined with the industry, with digital music as the goal, technology combined with music, and more possibilities for popular music. On the fifth floor, the “Music and Sound Teaching Zone” was set up, with a professional recording studio and a soundtrack room that can accommodate small bands. In addition to allowing the new students to produce popular music, the level is further expanded to the soundtrack.

Combining art and technology, light sculpture has become the main expression technique of Taiwan’s public art in recent years. Shih Hsin University is leading the universities and colleges, and has set up the “Light Sculpture Projection and Interactive Teaching Zone” on the 6th floor of the Omni Media Center. The degree of projection equipment and interactive projection, together with the opening of the “Light Sculpture Art Creation” course, will be displayed in the future, such as the media, the Department of Finance and the Department of Public Relations.

On the 7th floor of the Omni Media Center, there is a “Virtual Image and Molding Scanning Professional Classroom” with the latest AR, VR Augmented Reality Equipment, and a full-body scanning molding machine workstation that can directly transfer live scanned images to workstations. Image synthesis, future digital media and radio and television students can do shooting experiments here.

The 8th floor of the high-profile design is the “moving and virtual studio”. It is an upgraded version of the virtual studio of the campus’s radio and television building. It has 16 dynamic capture systems and space lights to facilitate the special effects scene processing. It also invites the famous movie “Avatar.” The post-production team Glassbox Technologies teamed up to showcase the high-end professional media production equipment of the new all-media building, which is in sync with the Hollywood first-class studio!

Glassbox Technologies’ main virtual photography technology has been applied to many internationally renowned strong films such as “Power Game”, “Alita”, “Avengers”, etc. It is the most advanced technology in the media industry in the future, and Glassbox Technologies also DreamWorks, Disney, Universal Pictures and other major Hollywood manufacturers have close cooperation. In the past, the video shooting process was to take the shots of the real scene first, and then put the captured content into the post-effect processing. Nowadays, combined with the application of dynamic capture and virtual photography, the scene shooting is completed first, or the digital image library and scene file drawn by the computer animation designed beforehand are selected, and then the synthesis with virtual combination dynamic capture and virtual photography is entered. The function of the studio, through the live performance of the characters and the capture of facial expressions, the combination of action and plot in one go. The new media building of Shixin University cooperates with Glassbox technology to build a Hollywood-grade device with high-end virtual combined infrared dynamic photography dynamic capture, which can record instant synthetic images, flip traditional workflows, and promote the integration of virtual and real images.